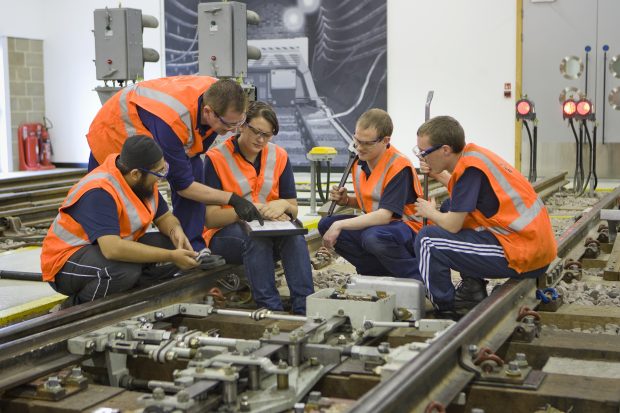 The snap general election called late last year resulted in a delayed publication of our annual report, subsequently delivered a fortnight ago on 21 January 2020 .

The perhaps serendipitous upshot is that we published the report just before the UK’s departure from the EU, and just before National Apprenticeship Week, which began on 3 February.

In our report, we urged the government to identify where current skills shortages lie and to set out plans for how the country can best meet this demand.

It is not just the government but also the further education and skills sector that must play a part. It can do this by offering courses and apprenticeships that give students relevant qualifications in new and expanding industries, both in their locality and across England.

Since the funding reforms of 2017 and the introduction of the apprenticeship levy, there has been a sharp increase in the number of apprenticeship providers. However, questions remain over the quality of some courses provided to learners.

Further to this, despite the increase in providers, the number of apprentices continues to fall.

In 2019, there were about 1,900 further education and skills providers, an increase of 63% since 2017. Within this total, the number of independent learning providers (ILPs) has grown from about 500 to more than 1,200. ILPs offer the majority of apprenticeships in England.

However, the proportion of ILPs judged good or outstanding declined during this period and for the third year in succession. Furthermore, 1 in 5 new apprenticeship providers that received monitoring visits in 2018/19 were making insufficient progress in 1 or more areas.

Worryingly, we have found too many training providers unclear on the purpose of an apprenticeship. In some cases, apprentices did not receive adequate off-the-job training. This resulted in many making slow progress on their apprenticeship and not developing the substantial new knowledge and skills that they and their employers needed.

In the worst cases, employees did not even know they were on an apprenticeship programme.

An additional concern is that the number of apprentices aged 16 to 18 at levels 2 and 3 is decreasing.

These higher-level apprenticeships are overwhelmingly in business administration and are often a substitute for a degree. Very few are in areas such as construction, engineering and manufacturing.

There is much to celebrate in a system that values higher-level vocational and occupational achievement, where apprentices can progress from one level to the next and where apprenticeships are an important part of economic regeneration and skills development.

Apprenticeships can be transformational for young people. However, we find little evidence that apprentices are actually moving up the levels.

The trend towards higher-level apprenticeships limits the options available for young people who leave school without a full level 2 qualification. There is a real danger that young people aiming to step onto the career ladder are discovering that the vital bottom rungs simply do not exist.

The mismatch in provision and demand urgently needs to be dealt with while discussions about future national productivity continue. The apprenticeship funding system needs to target levy money more directly at skills-shortage areas.

The government and providers must look at what can be done to redress the balance across apprenticeships.

The critical 16 to 19 age group needs to be better catered for and action must be taken to reverse the decline in school leavers taking up apprenticeships.

Employers play a vital role. Apprenticeship reforms have put employers in the driving seat in terms of developing the new standards. It’s time to see if the reforms are doing what the policy intended.

If apprentices are not doing the right courses, we need to look again at the role employers are playing and ask what else we can do to align the system better to the needs of the economy.

A version of this post first appeared in FE Week.