Off-rolling has received a lot of interest from the press and among school leaders and teachers recently. But as Ofsted-commissioned research published today suggests, different people have different definitions of what off-rolling is. At times this leads to confusion.

While there’s no legal definition of off-rolling, our definition within Ofsted is very simple.

While it may not always be unlawful, Ofsted believes off-rolling is never acceptable.

There are many reasons pupils leave school. They might move house, leave the country, or move to another, closer school when a place becomes available. Of course, none of these things is off-rolling.

Other pupils might leave to be home educated. Again, where this is a parent’s clear choice, without pressure from the school, it is not off-rolling.

Dual-registering a pupil with another school such as an alternative provider is also not off-rolling. This is because the pupil has not left the roll of their school. The statutory guidance on alternative provision makes it clear that pupils should be dual-registered if they are attending AP.

‘Managed moves’ from one school to another as an alternative to exclusion can sometimes be effective in breaking the cycle of poor pupil behaviour. If these moves are used in pupils’ best interests, with the agreement of everyone involved within the statutory guidance, then again, this is not off-rolling.

Some pupils are permanently excluded. But as long as headteachers have followed the relevant legislation and statutory guidance, this is not off-rolling. Schools must be able to exclude pupils where necessary, and we support schools using exclusions as part of their behaviour policy and as a last resort. 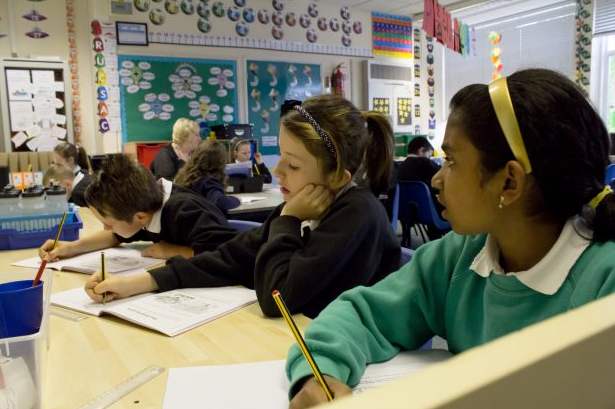 What are examples of off-rolling and how do we spot it?

Before an inspection, Ofsted’s analysts give the lead inspector information about whether or not a school has exceptional levels of pupils leaving the school in years 10 and 11. Of course, this doesn’t always mean that off-rolling is happening. But it makes sure that inspectors explore this possibility during the inspection.

We know that disadvantaged pupils, those with special educational needs, and pupils with low prior attainment are disproportionately removed from the school roll. Inspectors will ask leaders about who has left and why. Are there any patterns in the groups who leave? How do they support pupils from these groups who are still in the school? For example, if most of the pupils who left have special educational needs and/or disabilities, how does the school cater for this group? Have they reviewed their provision and improved it if necessary?

If a school uses managed moves, inspectors may ask to see evidence of how these meet the statutory guidance. Again, if these moves are happening during years 10 and 11, inspectors will look closely at whether this decision is in the best interests of the pupils in question.

As our report shows, some schools, sadly, pressure families to take their children out of school to avoid an exclusion – many parents simply do not want a permanent exclusion on their child’s record. This is a clear example of off-rolling and is never acceptable, as the statutory guidance on exclusions makes clear. Exclusions rightly go through a robust process to make sure that they are justified. Avoiding this is not fair to pupils or parents.

How does Ofsted play a part in tackling off-rolling?

Ofsted puts children’s welfare and their quality of education first, so it is right that inspectors explore pupils leaving the roll. Whenever we uncover off-rolling, we set this out in the published inspection report. And under our new framework which takes effect later this year, any schools that are off-rolling are likely to be judged inadequate for leadership and management.

As recent, high-profile inspections have shown, off-rolling is not a black-and-white issue, and inspectors will need to gather evidence on inspection to see what is really happening. We know that very often there will be a good and positive explanation for why pupils have moved, and we will accept this.

We believe that the vast majority of schools always make decisions in the very best interests of pupils. However, if pupils are leaving a school to serve the school’s interests, not their own, we will identify this and report on it wherever we find it.