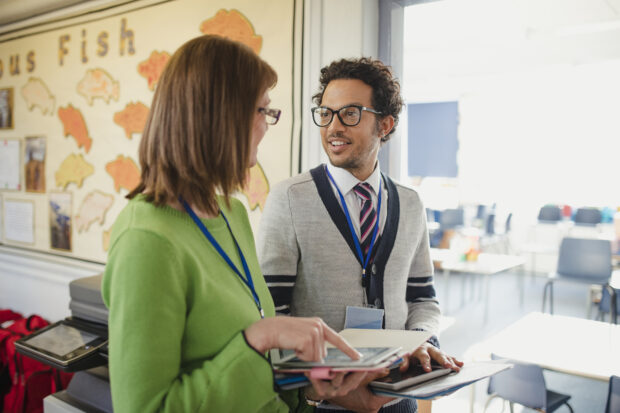 We recently commissioned Teacher Tapp to carry out a survey of teachers in order to find out what they think about a variety of topics. We already ask headteachers about their experiences of inspection through our post-inspection surveys, but we wanted to reach classroom teachers too, and home in on a few specific questions. Teachers have been through a period of massive upheaval, and we wanted to see what has become more and less important as we emerge from the COVID-19 pandemic.

What have you changed following an inspection?

Fifty-three per cent of respondents told Teacher Tapp that their school had made changes following its most recent inspection. Obviously, we’re keen to know what these changes are, so we are piloting a post-inspection, follow-up survey later in the year. This will ask leaders whose schools were inspected in autumn 2021 about any changes they have made in their schools as a result of their inspection. The usual post-inspection survey (sent to schools with their final inspection report) captures leaders’ immediate intent for change; it’ll be interesting to see how this is going approximately 2 terms later.

We are glad to see that over half of the teachers who responded said that their schools used their inspection to generate impetus for change. This is particularly positive because most schools are judged to be good or outstanding, but are being inspired by discussions during inspections, and by inspection reports, to continually improve rather than rest on their laurels.

Was the inspection fair?

Over 80% of teachers who responded to the Teacher Tapp survey agreed that their school’s latest inspection outcome was fair. Furthermore, over half of the respondents who teach in requires improvement or inadequate schools agreed. Given that judgement can be tough to take, this is an encouraging figure. However, the 8 out of 10 who agreed is less than the 9 out of 10 of respondents who agreed or strongly agreed with the statement, ‘The judgements made by inspectors were justified based on the evidence collected’ in the latest post-inspection survey.

It is always interesting to see how different questions can provoke slightly different responses.

Is Ofsted’s research hitting the target?

It doesn’t seem to matter whether teachers are in outstanding, good, requires improvement or inadequate schools. Those working across the range reported reading Ofsted’s research in broadly similar numbers.

We’re delighted that 42% of classroom teachers and 80% of headteachers read our research. With everything else that is going on in schools, that’s a testament both to the value of our research and to the dedication, commitment and willingness to go the extra mile shown by the teaching profession.