Over the last few months, we’ve been analysing data on pupils who leave their state-funded secondary school before the end of key stage 4. We’re concerned about potential ‘off-rolling’ of pupils where schools may be encouraging pupils to move, and want to better understand the schools and pupils that are affected. How might the context of the school affect the number and proportion of pupils that leave? And what is an ‘exceptional’ level of movement?

We used pupil-level data from the Department for Education’s school census and tracked pupils that were in year 10 in 2016, and would be expected to be in year 11 of the same school in 2017. Over 19,000 pupils did not progress from year 10 to year 11 in the same state-funded secondary school. This may be only 4% of all year 10 pupils, but it can be very disruptive for the pupils and families involved, particularly at such an important time in the pupils’ education. Of course, we recognise that there are a wide range of circumstances that may lead to a child leaving one setting and moving to another.

Many of these 19,000 pupils moved to another state-funded school, but around half did not reappear in the census of a different state-funded school. We recognise that some of these pupils may have moved to an independent school (including special schools and alternative provision), or become home-schooled. Some may have, however, ended up in an unregistered school, or dropped out of education entirely. Unfortunately, it’s not possible to know the full story of where pupils went to, and why, from the school census data alone.

Unsurprisingly not all children are equally likely to be affected. Children with special educational needs, children eligible for free school meals, children looked after, and some minority ethnic groups are all more likely to leave their school. 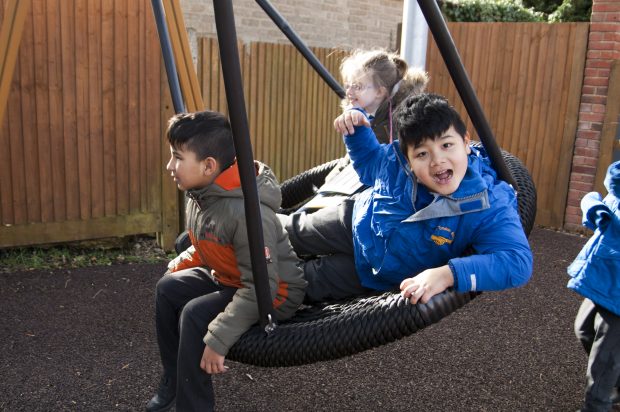 For example, around 30% of pupils who leave their school between years 10 and 11 have special educational needs, against 13% of all pupils. Where these pupils go to is unclear for half of these pupils, which could be a sign that a large proportion are being home-schooled. More than a quarter of all the pupils that leave their school go to state-funded alternative provision/pupil referral units, but only a small proportion move to a state-funded special school.

The incidence of this possible ‘off-rolling’ is not evenly spread across the sector. A higher proportion of schools in London are seeing movement of pupils compared to other areas of the country. Academies, particularly those in some multi-academy trusts, appear to be losing proportionately more pupils than local authority schools. Conversely, local authority schools seem to be taking on proportionately more pupils. Are these differences partly due to the context of the schools, and the types of pupils they cater for? Or is it also the policies of particular schools?

To investigate this further, we’ve looked closely at how the characteristics of the pupils may influence how many pupils leave the school, and have developed a statistical model to estimate what proportion of pupils we might expect to leave each school. This takes into account the characteristics of the pupils, such as the percentage of pupils on free school meals, the proportion of pupils with special educational needs, gender, and prior attainment (key stage 2). 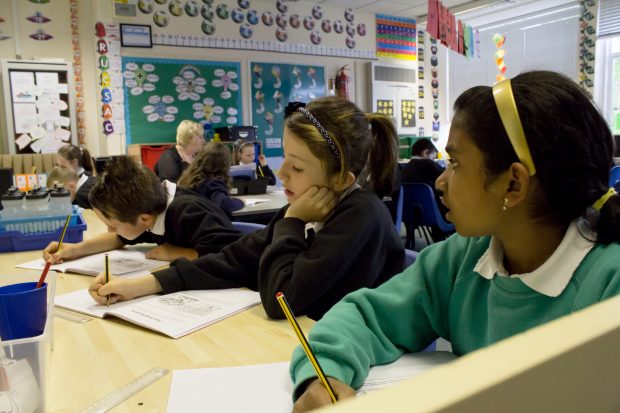 The model helps us to see where ‘exceptional’ levels of pupils have moved, and where this has been a consistent pattern in each of the last two years. Out of 2,900 schools that lost some pupils between years 10 and 11, the model highlights 300 schools with particularly high levels of “off-rolling”. While this might sometimes be attributed to ordinary factors such as several family moves, this kind of analysis helps us focus our attention at inspection. 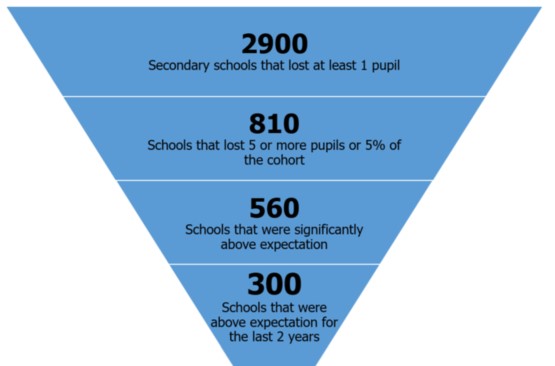 This model will be used to inform our discussions with local authorities and multi-academy trusts, and to ask questions in school inspections.

We’ve also been discussing these issues with FFT Education Datalab. They’ve been looking at how performance data, such as Progress 8, is impacted by pupils leaving the school before they sit their GCSEs. We plan to collaborate further with them in the near future.

It’s not possible to know from the data available the reasons why so many pupils are leaving a school, and whether those moves are in the best interests of the pupils. But the data gives a starting point to have these important conversations with the sector, and to better understand this issue.

For data queries regarding this blog please email louise.butler@ofsted.gov.uk